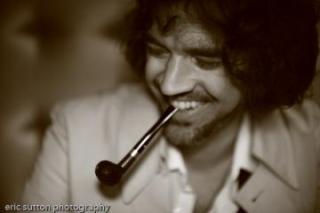 The “Tales of Mere Existence” series began in 2002 as a series of animated comics that were shown at film festivals. Each video in the “Tales of Mere Existence” series shows a series of static cartoons, which appear gradually as if being drawn by an invisible hand. Lev got the idea for the technique from the movie “The Mystery Of Picasso” (1956), which similarly showed Picasso’s paintings appearing from the other side. Lev writes, draws, films, edits, and narrates the “Tales” videos, which touch on mostly mundane aspects of life and have been described as “bleakly hilarious.” In 2003, Lev began to sell DVDs that contained some of his short comic films. Along with the DVD came the first print version of the “Tales of Mere Existence”. Over the next six years, Lev would publish three more books, and build a fan base of thousands. His first official book, “Sunny Side Down”, was published by Simon & Schuster in 2009. 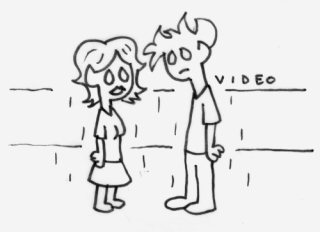