(By: Wired.com)
By Eliot Van Buskirk 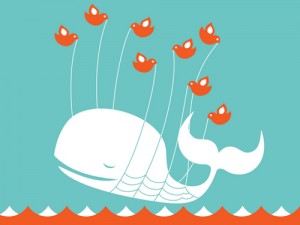 Twitter was shut down for hours Thursday morning by what it described as an “ongoing” denial-of-service attack, silencing millions of Tweeters. It’s the first major outage the service has suffered in months and possibly the first ever due to sabotage. The outage appeared to begin mid-morning, EST, and affected users around the world.

The first official word about the outage came in a terse statement on Twitter’s status blog: “Site is down — We are determining the cause and will provide an update shortly.” That was followed by a more relaxed post on the main Twitter blog by co-founder Biz Stone, which nevertheless gave no indication of how the defense was going — or how long the service might be down.

“On this otherwise happy Thursday morning, Twitter is the target of a denial of service attack,” wrote Stone. “Attacks such as this are malicious efforts orchestrated to disrupt and make unavailable services such as online banks, credit card payment gateways, and in this case, Twitter for intended customers or users. We are defending against this attack now and will continue to update our status blog as we continue to defend and later investigate.”

A spokeswoman for Spark Capital, a major investor in Twitter, wouldn’t offer an official statement but implied that the company isn’t overly concerned about the outage and expects the site to come back online soon.

In a denial-of-service attack, a malicious party barrages a server with so many requests that it can’t keep up, or causes it to reset. As a result, legitimate users can only access the server very slowly — or not at all, as appears to be the case here.

Not only was the site down, but client applications that depend on the Twitter API could also not connect to the service, creating a complete Twitter blackout. According to June ComScore numbers Twitter has more than 44 million registered users and its user base has been growing rapidly for months as it becomes better known in the mainstream.

In the early minutes of the outage, we confirmed it in two New York boroughs and received word that it was down in Brazil as well. At that point, Twitter apparently didn’t know what had hit it. Subsequently readers saying they were in Russia, Denmark, Chile, the UK, Hong Kong, France and the Netherlands all weighed in below. Some were taking it in stride — “Too many toilets flushing tweets!” wrote one, in reference to a Wired.com story. Others urged the rest of us to “get a life.”

The world won’t come to a complete standstill as a result of the Twitter outage, of course, but its impact will be felt far and wide. The popular short messaging service has become an integral part of the communications ecosystem — our first question was, how do you confirm Twitter is down without Twitter? — and from its millions of inveterate users, we expect an outpouring of pent-up Tweeting when this gets sorted out.

An extended outage could have an impact on the spread of information — videos, music, and articles like this one — to say nothing of a growing number of businesses which depend on the service. The resiliency of the service as it begins to fashion a business plan and cater to enterprise customers would also be a concern to Twitter, which, in the glamorous tradition of Silicon Valley startups, makes no money but has big ambitions.

Twitter hasn’t had a significant outage since May 8, and has shown improved reliability since last year, when such outages were a regular occurrence. The last scheduled maintenance we know about was on June 16 — delayed by a day at the urging of the US State Department. This was during the height of the anti-government protests in Iran, much information was being disseminated to the world via Twitter, and the maintenance window, in the middle of the night in California, would have been prime daylight hours in Tehran.

We experienced a seemingly unrelated problem when accessing the Twitter blog through Google. The page greeted one Wired.com employee with an error message beginning “We’re sorry… but your query looks similar to automated requests from a computer virus or spyware application. To protect our users, we can’t process your request right now.” Another Wired.com employee was able to access the page as usual, with no virus warning. But with other users encountering the same error message, we wondered whether today’s Twitter outage was somehow related to Google’s virus warning. Judging from Twitter’s admission that it is under a denial-of-service attack, that appears to have been the case.